A more visual post this one, some shots recording Prague’s first snowfall for the 2014/2015 winter.  It’s grey and greyer right now; but while one can be discouraged, the inclement weather guides people towards cafes and pubs, where the long evenings are warmed by discussions and laughter.   At the same time, a cold has been sneezely, schnozily dripping it’s way through town.  I fear even some of the Charles’ Bridge statues have been exposed.

To a beautiful city, and to your health!

Looking across the bridge from Central Prague to Malá Strana and the castle district of Hradčany. The river is called the Vltava. 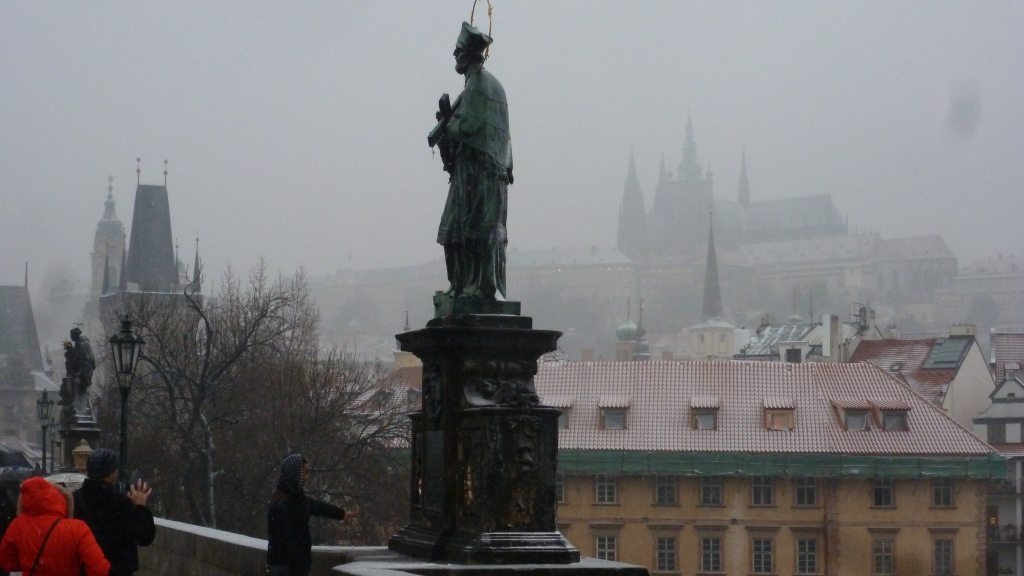 St. John Nepomuk is a major figure in Czech hagiography. His refusal to disclose a confession to King Wenceslaus IV ( and/or to approve King Wenceslas’ choice for an abbot) had him thrown over the Charles’ Bridge and drowned.

Bird flew? Bird flu? The statue does not seem to be enjoying herself right now.

Heading towards Malá Strana. The cold weather has decreased the number of tourists – but still a fair share here.